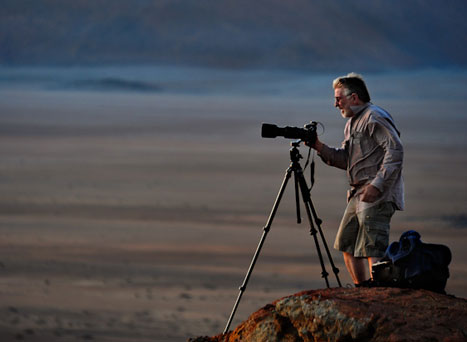 “Photographers always dream of places, their minds and eyes are always
wandering. Flying gives you freedom, it enables you to follow…”

Timing is key. Miles above the earth, travelling at 120 miles per hour, art
can only be produced on intuition, an intuition that is formed and fine-tuned only through years of experience. Years spent filming a pride of lions in Namibia’s Etosha National Game Reserve. Years spent documenting the political transformation that preceded Namibian independence. Years of breathing, seeing, living though the lens…


These dates document the birth and rebirth of Paul as a photographic artist. He has won more than 50 awards, both locally and internationally, for his work as photographer, cinematographer, director and writer.

CINEMATOGRAPHY
Various awards and achievements as cinematographer for documentaries, commercials and art films broadcasted on more than 40 local and international television channels that include National Geographic, Animal Planet and Discovery Channel.

Esteemed clients of Paul’s work include amongst others the State House of Namibia and the Hilton Hotel, the Namibia Tourist Board, private collectors and many others.